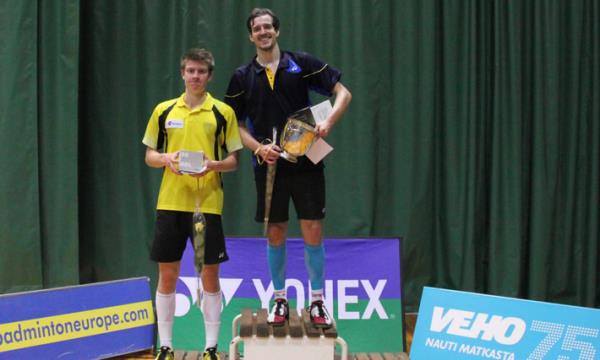 — It feels so good. It’s always fun to win and especially fun to win in front of the home crowd. I have not won too many big titles in Finland before, says Heino, referring to Ville Lång who has won ten consecutive Finnish national gold medals.

Heino’s way to the title was all but easy, starting from the first match. In the first round Emre Vural from Turkey forced Heino to three tight games, as did the young Dane Anders Antonsen, 17, in the second round. The quarter-final match was the only that did not go to three games for Heino, when he defeated fellow Finn Henri Aarnio in two games. Again in the semi-finals, the 26-year old Heino was forced to the full distance, this time by another young Dane, the 7th-seed Steffen Rasmussen. For the third match, the difference at the end was only two points, Heino advanced to the Helsinki-final 21-12, 14-21, 21-19.

The final was a fight between two Finns when 22-year old Kasper Lehikoinen won all his four matches on the way. In the quarterfinal he won over 2-seed Valeriy Atraschenkov from Ukraine with 21-19, 23-21. In the semi finals Ernesto Velazquez from Spain lost with 19-21, 19-21. Again a tough win for Lehikoinen who had not lost a set on his way to the finals.

"I was mentally strong"

In the final he managed to win the first game with 21-13 but lost the second with 11-21. In the third he lead with 16-13 and was pretty close to winning his fourth international title. But Heino won five rallies in a row and took a 20-18 lead. Lehikoinen survived the first match point but not the second, and Heino was able to shout out his joy in front of the home crowd. And once again Heino took a tight victory.

— I did not show my best play here but I was mentally strong and managed to turn some matches around where I was down quite much.

For Eetu Heino, the victory in this FIC was his second international title. His first title was the White Nights, Russia in 2013.

— This title tastes so good. My autumn has been quite lousy with losses in the Bitburger Open and in Bulgaria. So it really enhances my self-confidence a lot. I’ve been in really good shape in the training sessions but in the tournaments I’ve played really badly, which has been quit depressing.

— It was a tough weekend with four almost one-hour-matches, four matches out of five going to three games, says Heino who still has two tournaments before the Christmas holiday, Ireland and Italy in early December.

The women’s singles was an all-Russian affair where 1-seed Olga Golovanova took what belonged to her. In the final she defeated Victoria Slobodjanuk with 21-12, 21-12. In the whole singles tournament she lost only one game, to Laura Vana from Estonia in the quarter-finals. 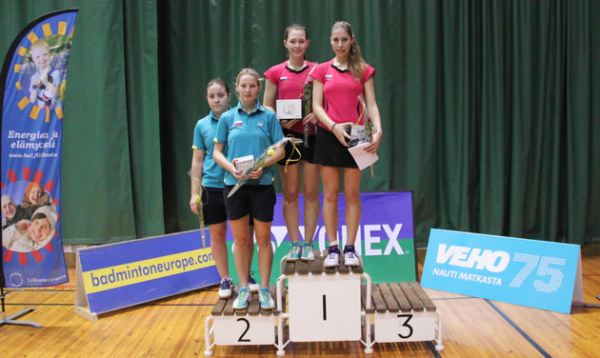 The men’s doubles category was totally a Danish affair. The final saw a great doubles match between 20-year olds Kasper Antonsen and Oliver Babic and their compatriots Mathias Bay-Smidt and Fredrik Søgaard, only 18 and 17 years of age. The younger players won their first international title.

In the mixed doubles, the gold medals went to Indonesian-born Germans Jones Rafli Jansen and Cisita Joity Jansen, who were third-seed in the tournament. In the finals they defeated fourth-seed Alexandr Zinchenko and Olga Morozova of Russia with 15-21, 21-17, 21-16 in a very intense and interesting opening match of the finals day in Helsinki.

Click here for all results of the 2014 Finnish International.