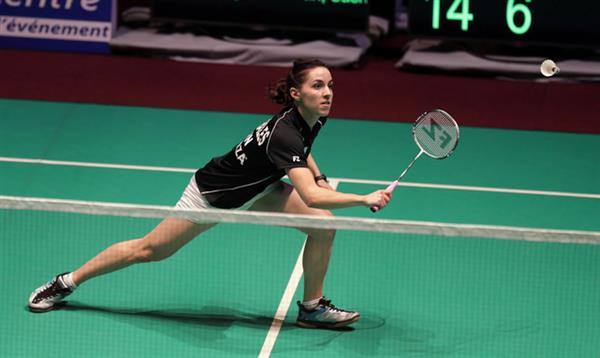 There’s less than one day to go to the start of the 2014 Yonex Welsh International and the draw has been published. In the 1st round of the men’s singles the no. 1 seed, Sweden’s Henri Hurskainen, faces a tough opener against Malaysia’s Beryno Jiann Tze Wong and the no. 2 seed and 2010 & 2013 winner, Spain’s Pablo Abian, will play the 2nd Qualifier. Welsh no. 1, Dan Font (pictured), will tackle England’s Alex Lane which promises to be a closely fought encounter.

Welsh Juniors Tsung Fong Mo, Matthew Pritchard and William Kitching will all play English opposition in the qualifiers in the form of Shravan Vaidyanath, Matthew Widdicombe and David King (all England) respectively. No 1. seed, Spain’s Beatriz Corrales will face a qualifier in the 1st round of the Ladies singles and no.2 seed, Bulgaria’s Linda Zetchiri, will play England’s Kerri Scott.  Welsh no. 1, Carissa Turner, finds herself against 7th seed Nanna Vainio (Finland) whilst Aimee Moran will play 6th seed Jana Ciznarova (Slovakia). 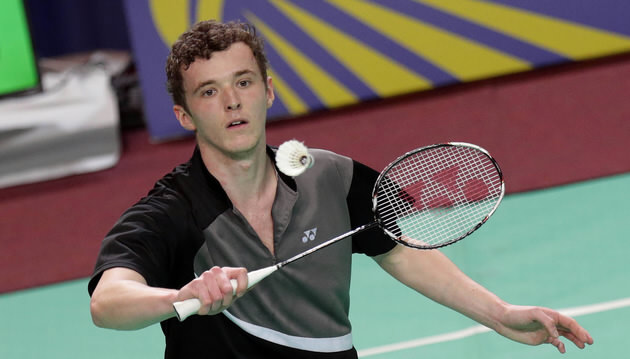 In the qualifying rounds, Jordan Hart has a bye 1st round but will then meet England’s Lizzie Tolman. If Hart is able to make it through to main draw she will face the 5th Qualifier in the first round.

In the men’s doubles the no.1 seeds, Adrian Liu and Derrick Ng (Canada), will play England’s Oliver Baczala and Dean George whilst the no. 2 seeds, Scotland’s Martin Campbell and Patrick Machugh also face English opposition in Harry Arksey and David Jones. Competition promises to be very strong in this event with last year’s winners Chris Coles and Matt Nottingham (England) forming new partnerships with another previous winner in Paul Van Rietvelde (Scotland) and Harley Towler (England) respectively. The new Welsh partnership of Nic Strange and Oliver Gwilt will play England’s James Lauder and Andrew Wainwright in the first round.

Click here for all previous champions of the 15.000 Dollars event.

In the women’s doubles both the no.1 seeds, Bulgarian sisters Gabriela and Stefani Stoeva (ranked 22 in the world) and the No.2 seeds, Canada’s Alex Bruce and Phyllis Chan have byes in the 1st round. Winners in previous years with different partners, England’s Lauren Smith and Heather Olver have been seeded 4th and also have a bye in the 1st round.  Anglo-Welsh pairing, Aimee Moran and Kerri Scott, have drawn the English duo, Evie Burbidge and Lexi Gilders.

In the mixed doubles, Canada have both the no. 1 and no.2 seeds in Toby Ng/Alex Bruce and Phillippe Charron/Phyllis Chan and, in the 1st round, they both face English opposition in Daniel Leers/Evie Burbidge and Sean Vendy/Lydia Jane Powell respectively. Welsh hopefuls Nic Strange and Jordan Hart will contest a difficult first round match against England’s Oliver Baczala and Victoria Williams whilst brother and sister pair, Oliver and Emilie Gwilt will play English pair Max Flynn and Elizabeth McMorrow.

Badminton Wales is delighted to once again host a Challenger event and is looking forward to an extremely competitive tournament.

The Welsh International is held since the year 1928 and is thereby one of the oldest badminton tournaments in the world. The tournament was only halted during World War II, between 1960 and 1966, and in 1971.

Click here for all results of the 2014 Yonex Welsh International.