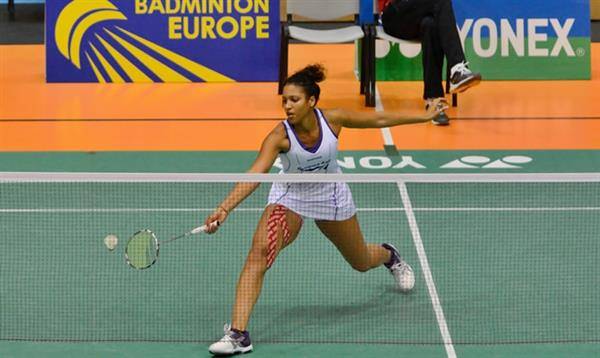 16-year-old Jessica Pugh who lined up with her 17-year-old partner Ben Lane  easily clinched the mixed doubles title in the first event of the Yonex Hungarian Open finals. The top seeds Bitman/Basova of the Czech Republic had no answers to the power of the young English duo as they won 11-4, 11-10, 11-7 to take their first international title.

The two young English shuttlers’ astonishing victory was well-deserved but it was not the only suprise of the day of the finals. In the second final of the day was the encounter between second seeded Dane Sandra-Maria Jensen and Fontaine Mica Chapman (pictured) of England. The number four seed English player dominated the first game and fought hard in the next two games until she grabbed her first ever international title in women’s singles event. (11-2; 11-10; 11-9).

In the men’s singles, two more or less unexpected players bought their tickets into the final. Croatian double specialist Zvonimir Durkinjak tried to stop the march of Denmark’s promising player Kasper Dinesen in Sunday’s finals. The 22 year-old Dane Dinesen even had to play the qualification stage of the 5.000 Dollars event. Dinesen only gave away the first gameand then got the control of the match (9-11, 11-9, 11-3, 11-4).

In women’s doubles two young Malaysian shuttlers from BAM Academy easily edged their more experienced opponents Danish Josephine Van Zaane and Swedish Emma Wengberg in three straight game. Apart from their spectacular attacking game of play and great defence, Goh and Cheah gave some additional joy to the local audience as they both are playing for the Hungarian team champion Multi Alarm Club of Pécs. 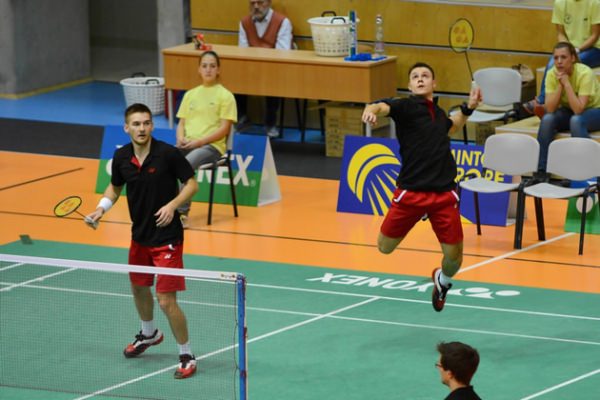 Zvonimir Durkinjak took kind of revenge in the menøs doubles finals as he and his partner Hölbling (pictured) beat Danish duo of Dinesen/Berthelsen. In the probably most thrilling match of the finals day, the Croatian pair came back from a 1-2 deficit and took the Yonex Hungarian Open title in 43 minutes.

Click here for all results of the Yonex Hungarian Open.