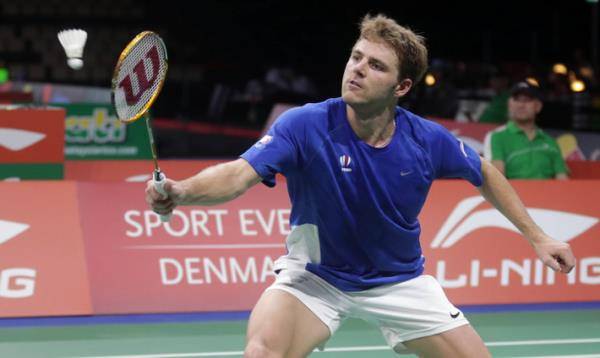 The 43rd RSL Czech International is being held in the Czech capital of Prague and maybe that was the reason for some top players to join the 15.000 US Dollars tournament. The spectators can look forward to seeing the performances of badminton stars like Marc Zwiebler from Germany and Henri Hurskainen of Sweden, the winner and runner-up of the 2012 European Championships. Michelle Li from Canada, the winner of the recent held Commonwealth Games, Spanish number two shuttler Beatriz Corrales (pictured below) and 2014 INTERSPORT European Championships finalist Anna-Thea Madsen from Denmark will fight for the Czech crown in the women’s singles.

The men’s singles top seed is Brice Leverdez from France, whose current form is probably the best of his career and is now placing him in the top 30 of the BWF world rankings. Germany’s Marc Zwiebler is expected to be his toughest opponent in Prague.

From the local players it’s Czech number one Petr Koukal and Jan Fröhlich who want to keep flying the Czech flag high. A large number of Czech players will be aiming to advance into the main draw in Thursday’s qualification.

Player to watch out in the men’s singles:

Canadian Michelle Li, top seed in the women’s singles event, is currently ranked 15th in the world and with her improved game, she can be considered as a future top ten player. Li is the favourite in this category, and the Czech fans hope to see in Kristina Gavnholt her final’s opponent. Although Gavnholt, the tournament’s third seed, will have a lot of work to do get to the final, having Bulgaria’s Petya Nedelcheva and — especially — the second seed Bea Corrales of Spain in her half of the draw. The Czech’s second big hope in the ladies competition is Zuzana Pavelkova.

Player to watch out in the women’s singles: 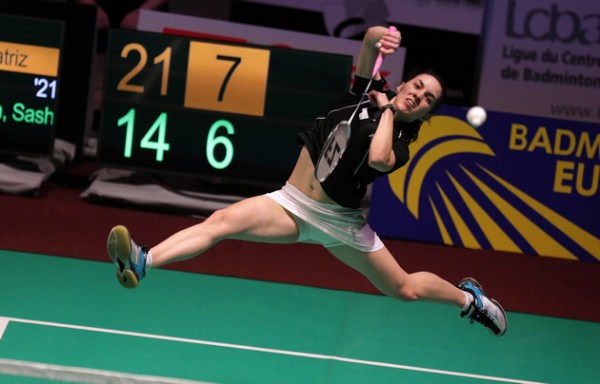 Poland to send its best doubles

Adam Cwalina and Przemyslaw Wacha are the title holder in the men’s doubles. But also in this year’s edition the best Polish duo is considered as the top favourite in Prague. Their fellow countrymen Lukasz Moren and Wojciech Szkudlarczyk grabbed the number two seeding spots. The entry list shows that the Polish doubles school is sending it’s best students. Cwalina and Wacha played very well at the 2014 INTERSPORT European Championships back in April, where in the quarter-finals they even lead in the third game 19:16 against the eventual champions Ivanov and Sozonov. Similarly, Moren and Szkudlarczyk were two points away from advancing to the best 16 pairs at the World Championships. The Czechs will be represented in the main competition by the current Czech national champions Pavel Florian and Ondrej Kopriva.

The top seeds in the women’s doubles are Olga Golovana/Viktoria Vorobeva from Russia. The Czechs can also expect pairs of their own, the seeded 2’s are Sarka Krizkova and Katerina Tomalova, who will be joined in the main draw also by Pavelkova with her partner Pekkola from Finland.

Moving on to the mixed doubles category, the Russian pair of Jarcov/Kosetska managed to reach the last 16 at the recent World Championships. The Russians will be the top seeds and hot favourites to take the title. The tournament’s second seeds are coming from Sweden – Jonathan Nordh and Emelie Fabekke (this is Emelie’s first tournament where she is playung under her new last name). The third and fourth seeds are the French pairs of Laber/Lefel and Careme/Tran, are regulars at the Czech International. The local fans will be particularly cheering for their pairs Jakub Bitman/Alzbeta Basova and Ondrej Kopriva/Katerina Tomalova.

The 2014 Czech International starts on Thursday at 9am in the Sparta Arena in Prague  with a whole day of qualification matches. The first and second rounds of the main competition are being played on Friday from 9 am to approx. 10pm. The quarter-finals are scheduled for Saturday at 10am, followed by the semi-finals from 4am. The finals will be taking place on the center court on Sunday starting at 11am.