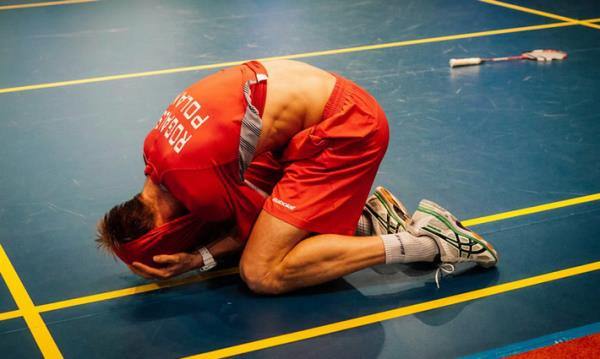 The 2014 Polish International was played from 18 to 21 September at the newly built RCS venue in Lubin, Poland. Nearly two hundred athletes from thirty countries competed for the gold medals as well as 10.000 US Dollars in prize money.

The tournament began on Friday with the first qualifying rounds in the men’s and and women’s singles. For the first time supporters, judges and participants had the opportunity to see how the new experimental scoring system works in action. During the entire event, opinions on the test scoring system were collected. Their evaluation will take place in the upcoming months.

In addition to action on the badminton courts, the organizers provided many additional attractions. One of them was a press conference with representatives of Badminton Europe (Brian Agerbak) and the Badminton World Federation (Peter Tarcala). They announced that four consecutive European Championships will be staged in the city of Lubin. The new hall of the Regional Sports Centre in Lubin will be the place for all these competitions. 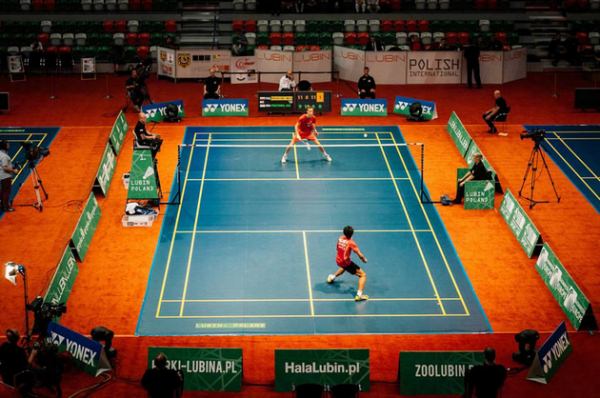 The Sunday’s finals were the time to shine for the Polish players, who presented themselves in a great shape. The Polish players managed to qualify for three finals. Former European Champion Robert Mateusiak with partner Wojtkowska took mixed doubles title while their compatriot Michal Rogalski crowned his recent good form with his first international title on home soil. There was another title won by the home players as the pair of Cwalina/Pietryja (POL) beat German duo Benz/Jansen in five games.

Riou, the fourth seed, recorded her finest career win when the 22-year-old won the women’s title in Lubin on Sunday. Riou, a Commonwealth Youth Games medallist in 2008, raced through the draw without dropping a game as she defeated Turkey’s Ozge Bayrak 11-9 11-4 11-7 in the final. She told BADMINTON England: “This is my biggest win so far! It’s awesome to win an international tournament, it means a lot to me.

“I knew my strengths — my attacking play so I just tried to keep calm and patient and when I could I would use my attack. This win will definitely help me with confidence ahead of my upcoming tournaments. I think it’s key to be confident in order to perform well.”

It was so nearly an all-English final in Lubin. Fontaine Chapman, the number two seed, lost in the semi-finals to Özge Bayrak from Turkey 11-9 11-6 11-6. In the women’s doubles final, England’s Jenny Moore and Victoria Williams lost to Turkish pair Cemre Fere and Ebru Tunali 11-7 4-11 11-8 11-6.

Lubin proved once again that the city loves badminton and has lots of interesting ideas for its promotion. Local fans eagerly wait for the future European Championships events. The 2014 Polish International is now in the books, but for badminton in Lubin it is just a foretaste of many more badminton events in the very near future.

Check out some photos of the tournament on facebook.