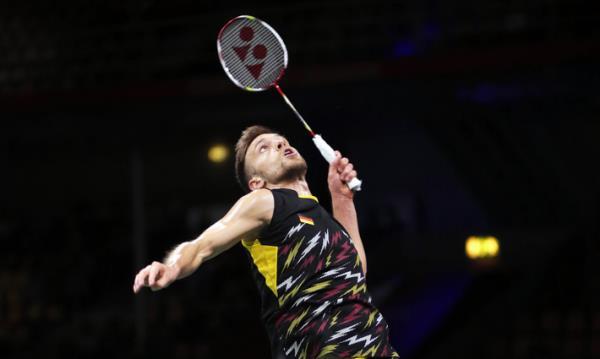 The 2014 Yonex Belgian International reached its finals stage. In today’s finals action, former European Champion Marc Zwiebler (pictured) takes on Denmark’s world number 8 Hans-Kristian Vittinghus, who beat his compatriot Joachim Persson in three games in yesterday’s semi-finals. While Zwiebler knows how to win the Belgian crown, he won the 15.000 Dollars event back in 2007, 2009 and 2010, Vittinghus never won the event in Leuven. But its the Dane who leads the statistics as the head-to-head is 5-3 in favour of Vittinghus.

The Netherlands are dominating the doubles events as the mixed and the men’s doubles finals are an all-Dutch affair. Germany’s Karin Schnaase faces Commonwealth Champion Michelle Li in the women’s singles final.

We will see new champions in all five categories. Catch it all live on BETV!