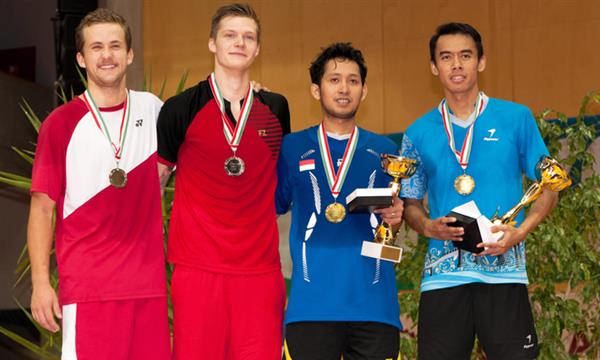 Russian women’s singles star Olga Golovanova dominated the finals day of the Yonex Hungarian International as she spent more than two hours on the courts until she clinched two victories at the International Series event (5.000 US Dollars) in Budapest.

In the mixed doubles event, it took the Dutch youngsters Robin Tabeling and Myke Halkema only 25 minutes to secure their victory in two straight games over their well-experienced opponents Indra Viki Okvana and Gustiani Megawati of Indonesia. The Dutch duo, who reached the 2013 European Junior Championships final in Ankara, won the match 21-17, 21-17 and could celebrate their first Circuit title at seniors stage.

Following their compatriots, another young Dutch player tried to continue the march to success, but Russian Olga Golovanova stopped the youngster Soraya De Visch Eijbergen in a long-lasting three games (21-15, 18-21, 21-15) battle and received her first gold medal on the finals day. 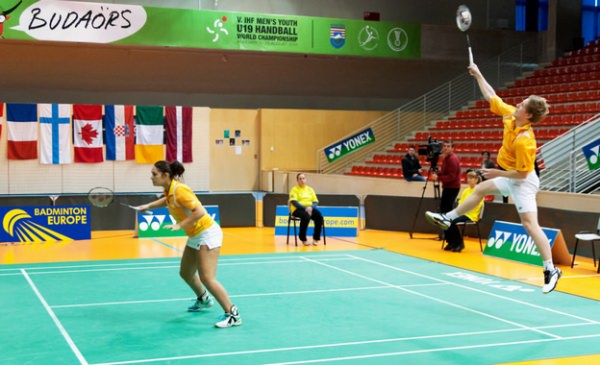 According to the expectations before the tournament, at least one Spanish shuttler was expected to reach the men’s singles final — but instead of the top seed Pablo Abian, his compatriot Ernesto Velazquez had the chance to take home the trophy. His oppononent was in-form Estonian Raul Must. The Spanish left-handler, who lives and trains in Denmark now, left no doubt who will be the crowned champion in Budapest and scored a comfortable victory in just two games (21-14, 21-17).

There was a heroic battle in the women’s doubles final between Russia and Denmark. Singles champion Golovanova and her partner Victoria Vorobeva clinched the trophy against Celine Juel/Josephine Van Zane (21-17; 19-21; 21-11).

There was only one chance to keep the Danish title hopes alive: The young Danish duo of Frederik Colberg and Mikkel Mikkelsen tried to prevent the Indonesian’s victory against Indra Viki Okvana and Alberto Saputrabut and showed a great fight. But finally they had to accept the Asian victory (21-16, 23-21).

Click here for all results of the Yonex Hungarian International.