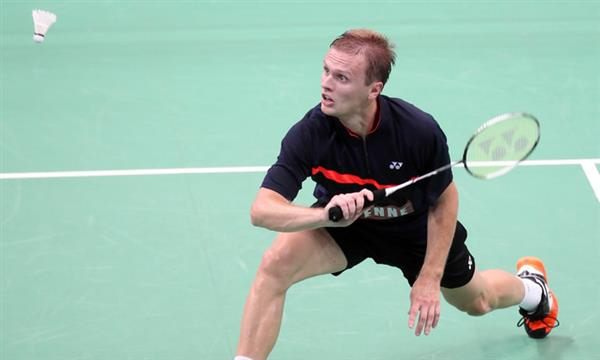 This week is a chance for Raul Must to win a tournament on the Badminton Europe Circuit tour in 2013. The Estonian, who became runner-up in the Lithuanian and Hungarian International earlier this year, is the top seed at this week’s Norwegian International (International Series).

But Raul Must faces a potentially tricky first-round match against the young Dutch player Mark Caljouw with upcoming Spaniard and last week’s Hungarian International winner Ernesto Velazquez likely to be his opponent in the quarter-finals.

The tournament, which offers 5.000 US Dollars in prize money, will take place at Jotunhallen in the small town of Sandefjord located 120 kilometers south of Oslo. Sandefjord is a modern coastal town with a rich historical heritage.

Qualifications will start on 14th of November and finals will be played on Sunday the 17th. This year the tournament will host about 150 players coming from 19 countries. Norway’s closest neighbors Denmark and Sweden are sending the largest teams. France and Russia are also sending bigger troupes this year.

Marius Myhre, 147 in the BWF world rankings, offers Norway’s greatest chance for advancing in the men’s singles category. He is seeded at number 6 in the tournament.

Russia’s Olga Golovanova, who was the winner of the 2013 Yonex Hungarian International, and Denmark’s Anna Thea Madsen are strong title contenders in the women’s singles.

The main action gets under way on Thursday.

You can follow the tournament’s results by clicking here.