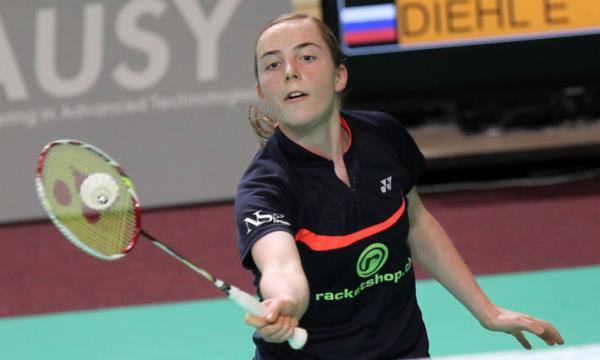 In past two years, the female badminton in Switzerland has improved a lot. Nicole Schaller (51) and Sabrina Jaquet (56) are currently in the top 60 of the BWF world rankings. So it is obvious that the local fans are expecting some good results in the up-coming 2013 Swiss International which kicks off today in Yverdon-les-Bains .

The 15.000 Dollars tournament will be held for the third time since 2011 and for the second year in the French speaking part of Switzerland. It was a strategic choice as Switzerland have four national languages to deal with. The biggest event, Swiss Open, is located in Basel, the German speaking area, for the past 24 years and building up another traditional Swiss badminton event in the French area seemed to be the right strategy.

Around 200 players from 25 nations will take part in the International Challenge tournament, which commenced today at 10 am with the qualification rounds.

In the men’s singles, the Swedish viking and European Vice Champion Henri Hurskainen is top seeded, while the Malaysian player Misbun Ramdan got the second seeding spot. Hurskainen will face a tough opener in Bulgarian International champion Emil Holst of Denmark. Further men’s singles player who are able to lift the Swiss trophy on Sunday are Brice Leverdez (France), Lukas Schmidt (Germany) and Kieran Merrilees (Scotland).

Preparing myself mentally for a 7h road trip to Switserland. #aight #SwissInternational

The competition in Yverdon-les-Bains includes 14 players from the top 100 of the world rankings.