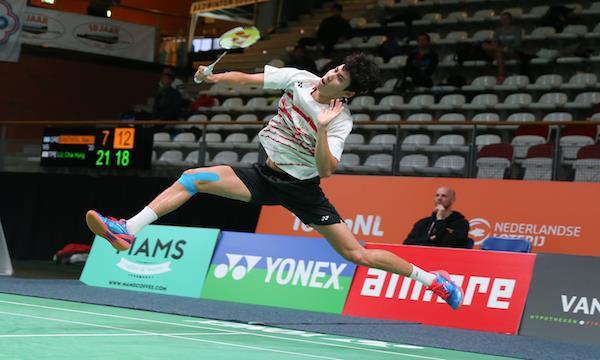 The YONEX Lithuanian international gets underway tomorrow in Kaunas with many countries from Europe taking part.

The number one seed in this tournament in the men’s singles is Sweden’s Felix Burestedt. His first opponent will be Ilias Xanthou from Greece. With Burestedt being number one seed, he is the clear favourite to win the tournament for the Men’s Singles.

In the women’s singles, Kristin Kuuba from Estonia is the number one seed. She will find out who she will face in her first match once the qualification stage has concluded.

Slovakia  pair Milan Dratva and Metej Hilnican are top seeds in the men’s doubles, They are one of four European participants out of the four seeded players. Norwegian pair Magnus Christiensen and Fredrik Kristensen, and Estonian’s Kristjan Kaljurand and Raul Käsner along with Polish internationals Pawel Smilowski and Przemyslaw Szdlowski, making up the remaining seeded pairs for the men’s doubles.

Estonian pair Kristin Kuuba and Helina Rüütel are the number one seeds for the women’s doubles with Anastasiya Cherniavskaya and Alesia Zaitsava being second seeds from Belarus, and Leva Pope and Monika Radovska competing for Lativa. While the fourth seed is Lithuanian pair Vytataute Fomkinaite and Gerda Voitchovskaja looking to win the tournament in their host country.

In the mixed doubles, it is an all European seeding list, with Polish pair Pawel Smilowski and Magdalena Swierczynska topping it.

There is a real possibility that there will be an all European podium with the vast majority of competitors being from the continent.