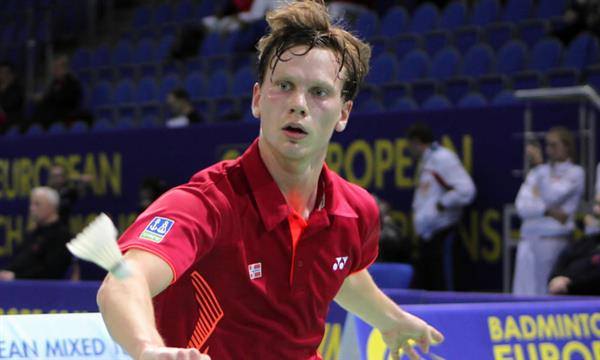 French badminton player Maxime Michel returns to Dublin this week to go one better at the Irish Futures Series tournament in Baldoyle.

Also pencilled in for a return is Marius Myhre (pictured) from Norway, who lost in the semi-finals last year. Of the Irish, Tony Stephenson, Joshua Magee and Stuart Lightbody have all made the main draw. Jonathan Dolan and Lim O’Leary lead the Irish entry in the qualification tournament, starting next Thursday.

Top ranked of the women’s players is Marie Demy of Belgium, who is one of five world top 200 players entered. Alannah Stephenson leads the local entry, with Jennie King, Rachael Darragh and Sara Boyle also included in the main draw. In the men’s doubles, Sam Magee is pairing up with Jonathan Dolan.

Players from a record 23 countries have entered the tournament which, like last year, will be almost entirely run by women as part of the Women in Badminton campaign.

The tournament is streamed live on Badminton Ireland’s YouTube channel.