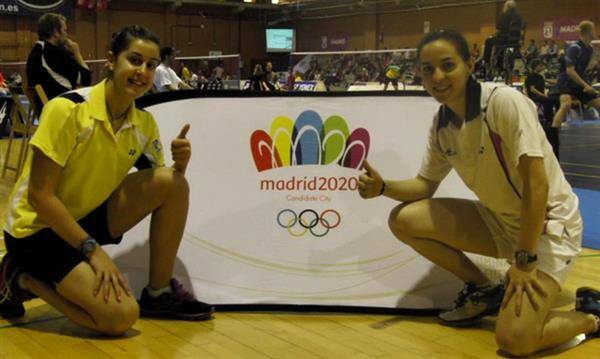 The XXVI Spanish Open finished with a great exhibition of the two top Spanish women’s players Beatriz Corrales and Carolina Marin. Finally, Corrales won the hard fight against her training partner 21-19 21-18 and had broken the record of 3-0 in favour for Marin, who also had been the favourite to take the singles crown on home soil. With the victory in Madrid, Beatriz Corrales continues her season’s record with having won four out of five finals in the BEC Circuit.

In the men’s singles, the Danish world number 15, Hans-Kristian Vittinghus,  won the tournament against his countryman and former top-10 player, Joachim Persson in straight games. Despite the defeat, Persson is now leading the European Circuit in the men’s singles category. Denmark’s Skaarup/Grebak won against the Polish Skudlarczyk/Wojtkowska by 21-14 21-18 in the mixed doubles.

English and Polish triumph in the doubles

The last two finals of the day have been decided in three games. The top seeded women’s doubles, the English duo of Olver/Robertshaw beat Denmark’s Fruergaard/Thygesen with a great comeback 18-21 21-13 22-20. The last match of the tournament was the men’s doubles final between four Polish players. With a close score-line, the victory went to Cwalina/Wacha, who beat Logosz/Moron 21-10, 18-21, 21-19.

The Spanish Open continues to grow and given a good show for the Spanish fans, who visited the event in Madrid.

Click here for all results of the 2013 Spanish Open.