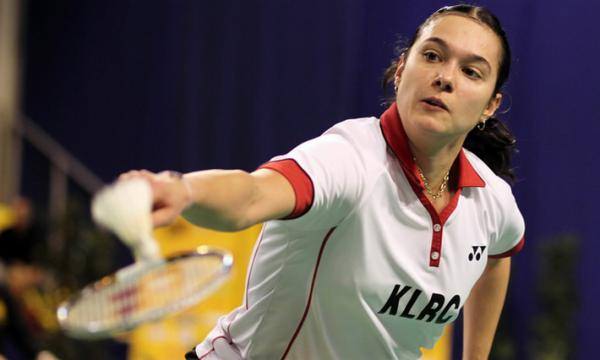 Although there was a huge Asian participation, the local supporters had hoped for Europeans who could fight for this year’s titles at the 2013 Austrian International in Vienna. But have been the women’s only who could reach three semi-finals and eventually enter one final in the Austrian capital. The Russian women’s doubles of Irina Khlebko/Ksenia Polikarpova and the Czech singles shuttler Kristina Gavnholt reached the semi-finals stage — where their tournament’s ambitions came to an end.

Petya Nedelcheva (pictured) was the only European finalist in this year’s edition of the 15.000 Dollars event. But also for the third time in the history of this tournament, the Bulgarian was not able to take the trophy home to Sofia. She already has been in the finals of 2009 and 2010. This year, her successful semi-final match against Ngan Yi Cheung of Hong Kong lasted 1 hour and 11 minutes and cost her too much energy to keep the level against Japanese Yui Hashimoto, who did not lose any single game through her tournament. All other categories were in strong hands of the Asians, especially of the Japanese who won 4 out of 5 disciplines in Vienna.

For the Austrian audience, it was again a great chance to see international top badminton, even though the Austrian participants were stopped at the tournament’s quarter-finals stage at the latest. The tournament’s quality were also recognized by the president of the Austrian Olympic Comité Dr. Karl Stoss, who attended the finals on Saturday evening in the Wiener Stadthalle.

The winners of the 2013 Austrian International:

Click HERE to view the full results from Vienna.