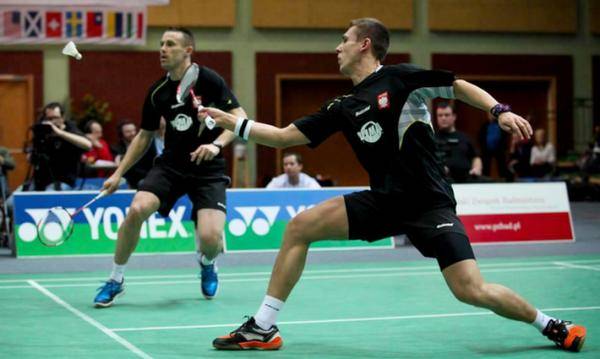 On Sunday, March 24th, badminton fans could watch the finals of the 2013 Yonex Polish Open in Arena Ursynów hall in Warsaw on the biggest Polish internet TV and also on TVP Sport – the national sport TV channel.

In the first final of the day, two Polish mixed doubles stood on the opposite side of the net. Robert Mateusiak and Nadieżda Zięba proved their credentials as one of world’s top pair beating Wojciech Szkudlarczyk and Agnieszka Wojtkowska in an almost one hour battle (15:21, 21:16, 21:14).

In the men’s singles final, Jen Hao Hsu of Chinese Taipei (seeded no 1 in the tournament) and Vladimir Malkov of Russia played the longest match of the whole tournament, lasting one hour and twenty minutes. After an exciting match, Vladimir Malkov won 21-12, 20-22, 21-18 and did not allow to repeat the Chinese Taipei player to take the gold medal as he did in the previous Polish Open.

The third final of the Sunday was highly awaited by the audience in the hall and in front of the TV seats. Polish duo of Przemysław Wacha and Adam Cwalina “crossed their rackets” with the Japanese pair of Yuya Komatsuzaki and Hiroki Takeuchi. The atmosphere in the hall was amazing and every winning shot was rewarded with loud applause by the audience. After almost one hour, when the Polish players secured the match point in the third game 21:19, 22:24, 21:17, the arena saw see a standing ovation lasting for a few minutes.

Unfortunately the woman’s singles final was cancelled due to injury of Hsiao Ma Pai of Chinese Taipei (the top seed in the tournament) and so the gold medal went to Japanese player Shizuka Uchida.

The last match of the day was played between two women’s doubles from Japan: Eto Rie/Yu Wakita and Yuki Anai/Yumi Murayama. Favoured pair Rie / Wakita proved their superiority on the court winning over their compatriots  21:11, 21:7 in the shortest match of the day lasting only 31 minutes.

There was -10 degrees outside the Arena Ursynów hall but the temperature in the hall was extremely high due to many truley emotions shown by the players. And we would like to invite you for even bigger emotions in Warsaw next year.

Click HERE for full results of the 2013 Yonex Polish Open

Articles and photo by Arek Kawecki.