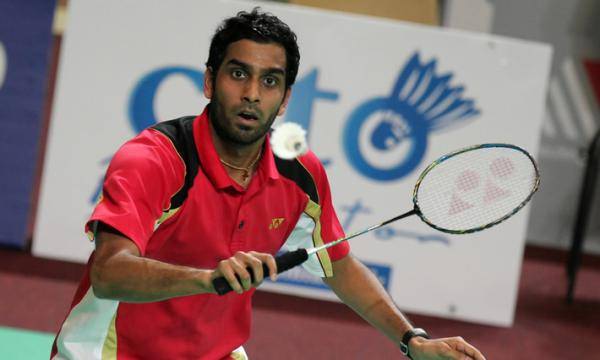 The European circuit makes its annual stop off in the Helsinki suburb of Vantaa this week for the Finnish Open and England’s Rajiv Ouseph is back to defend the title he won twelve months ago.

The wonderful Vantaa Energia Arena plays hosts to Europe’s elite, in one of the tours most northerly circuit locations, as the Englishman looks not only to defend his title but go back to back after securing the top step of the podium in Orleans last week.

Last year’s victory over Henri Hurskainen set the English number 1 on his way to his home Olympics and this year’s edition will hold equal significance for Ouseph as he attempts to regain his position inside the world’s top 20.

Ouseph’s main opposition this will week is likely to come from Denmark, Ukraine and France and the English world number 35 is seeded to meet Joachim Persson at quarter finals stage and French number 1 Brice Leverdez at semi-final stage, both players he defeated on his way to the title last week in France.

Carolina Marin is top seed for the women’s singles in Sweden but after a gruelling schedule representing Europe at the Axiata Cup in Asia the Spaniard is sure to be feeling some effects of fatigue as she makes the trip to Helsinki.

However, Marin’s trip to the Vantaa Energia Arena should bring a smile to her face as it was this very arena, back in 2011, that she lifted the European Junior title which proved to be the catalyst for her push up the world rankings.

Marin’s compatriot Beatriz Corrales comes to Helsinki on the back of a fantastic couple of weeks for the Spanish number two after wins at the Romanian and French Internationals. Full of confidence, Corrales will be a big threat to Marin and let’s also not forget the arena also holds a special memory for Corrales as it was here she picked up silver in the 2011 European Junior Championships two years ago.

Some top quality Dutch and Danish pairs will come head to head in Finland and in the men’s doubles Anders Skaarup and Kim Astrup will look to prove their worth in the top half of the draw after the forced withdrawal of top seeds Adcock & Ellis. Second seeds Jacco Arends and Jelle Maas will look to push on after the recent clarification of the their position within their national set up but watch out for world junior champions Heg & Teo as they bring their all-out attack game to Finland.

In the women’s doubles draw Danish pairs, Helsbol/Grebak & Thygesen and Maiken Fruergaard fresh from her success at the 2013 European Junior Championships will be sure to have a decision in the destination of the medals but unseeded duo of Petya Nedelcheva and Imogen Bankier, though unseeded, will be most peoples favourites.

In the mixed doubles the new pairing of Andy Ellis and Lauren Smith have a real opportunity of making things happen in Finland as both have been outstanding in other partnerships over the course of the season.

Ellis has been a winner alongside Jenny Wallwork while Smith came out of her shell at the European team championships in Russia where she excelled as one of the key players for team England en route to their bronze medal.

Badminton Europe TV will be live all week in Finland and will bring you live streaming action from TV court 1 beginning Thursday afternoon. Click HERE to register and watch for free on our dedicated YOUTUBE channel.