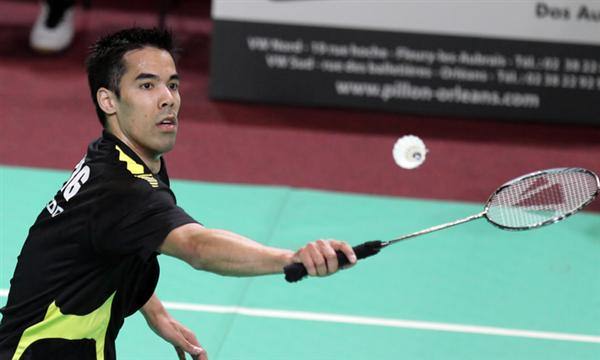 For the 14th time the Yonex Dutch International is held in the Netherlands. Since the start of the International Challenge tournament, the event has been held in the Velo sportcomplex in Wateringen, located a few km’s from the Hague. This is the residence of the country and so there is the country’s administration and the royal palace as well.

Similarly to the previous European tournaments, the local crowd can expect a mixed of some established players with a lot of young talented and promising players competing to win this 15 000 US $ tournament. The tournament will start on April 18th with the qualification stages and will end on Sunday 21st.

This year, the home crowd will put its hopes on their best man player, Eric Pang, seeded third. But also with first seeded Viktor Axelsen (Denmark), the organization expects a though competition in this discipline.

In the ladies singles, Bulgarian Petya Nedelcheva is the top seed, Karin Schnaase (Germany) is seeded 2nd and Chloe Magee (Ireland) 3rd. When you look at the seeding list, it is obvious that these players need to work very hard to get into the finals on Sunday. The Swiss ladies Jaquet and Schaller will do their utmost to participate on Sunday as well.

In the women’s doubles a lot of Dutch competitors, but none of them got a seeding spot. Swedish duo of Lennartsson/Wengberg and Malysian Ng/Ng are the first and second seeds.

In the men’s doubles, the locals expects the Dutch pair Jacco Arends and Jelle Maas in the finals on Sunday. But in Lukasz Moren and Wojciech Szkudlarczyck of Poland who are seeded first and Marcus Ellis (England) and Paul van Rietvelde (Scotland) who are seeded third, they will have a tough challenge to reach the finals.

Also in the mixed doubles we expect a Dutch couple to be in the final. Jorrit de Ruiter and Samantha Barning performed very well in the passed year and definitely will give Michael Fuchs and Birgit Michels of Germany, who are seeded first. It is gonna be a hard time if both couples reach the final.

On Thursday the entrance is free. On Friday till Sunday entrance is € 5,- per person per day. A passé-partout costs € 10,- .