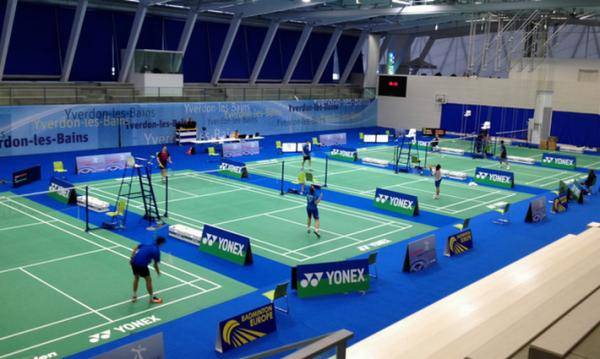 A few days before the start of the Swiss International in Yverdon-les-Bains, some Swiss players did very well in Holland during the Dutch Open Grand Prix event. Anthony Dumartheray and Sabrina Jaquet reached the semi-finals while the young Swiss Champion Nicole Schaller reached also the semi-finals stage.

Sabrina Jaquet, the unique Swiss representative during the Olympic Games in London did manage to reach the quarterfinals. Such results are promising as they would now confront their opponents with a certain confidence and the home crowd could make the differences. While the Swiss being top seeds for the mixed event, Sabrina Jaquet and Nicole Schaller benefit a 4th and 7th seed respectively in the women’s singles event.

178 participants from 23 European and Asian countries are present in Yverdon-les-Bains.

To see the results of the 2012 Swiss International CLICK HERE

Information on the tournament: