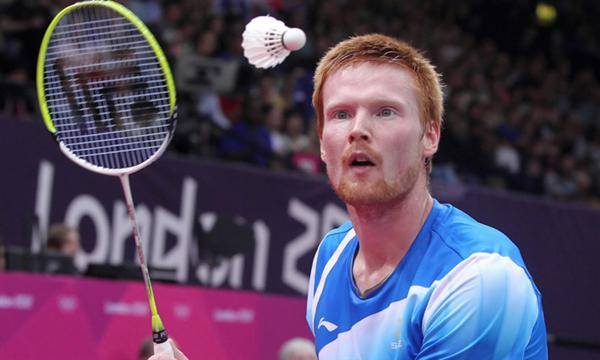 Two weeks into the new badminton season and the circuit shifts into another gear for the first post Olympics International Challenge rated tournament of the season. Many of Europe’s top tour athletes emerge from the summer recess to make their circuit debut with a trip to arguably one of Europe’s best tournaments in the picturesque University town of Leuven just south of Brussels.

The 2012 Yonex Belgian International has always had the reputation as one of the most prestigious and best organised tour events on the European circuit and judging by the extensive entry list for this year’s edition things have certainly not changed. Not only is the quality of the main draw as good as could have been possibly hoped for but each of the five disciplines has a full and complete entry list in qualification which serves as a guide to the popularity of the event. One thing we are assured of in Leuven this week is a full complement of new champions after the hectic Olympic qualification of last year.

In the men’s singles reigning champion Brice Leverdez has made the trip to China for the China master but queuing up behind him are a host of top class shuttlers with one of any ten players being in with a real shout of lifting the title.

Last year’s runner up Andre Tedjono will look to lift the title that he so nearly won last year but the Indonesian is going to have to have his ‘A’ game with him to reach the podium on Sunday. The Danes have sent a strong team to Leuven and former world top 10 player Joachim Persson will look to revive his career after a string of injuries.

European silver medallist, Henri Hurskainen (pictured) gets his season off to a start in Belgium this week and a favourable draw as number two seed will give the Swede a real chance of winning his second tournament this calendar year after success at the European Championships and the Denmark International back in May.

The Swede is seeded to meet local favourite Yuhan Tan in the semi finals but the Belgian number one is sure to be a bit ‘ring rusty’ after the London Olympics. That coupled with a return to university is sure to have had an effect on the Belgians game but the support of the home crowd will most probably cancel out any negative effect and Tan is sure to give a really good account of himself on home soil.

The women’s singles draw shows all the signs of throwing up a lot of surprises and the qualification tournament is as interesting as the main draw. Watch out for Danish trio of Madsen, Rhode and Ibsen coming through qualification and in Anna-Thea Madsen the Danes have a real shout of creating upsets in the main draw.

The women’s singles main draw is without current champion Olga Konon as the German continues to recover from knee surgery earlier in the year. Top seed is Danish based Bulgarian Linda Zetchiri and although she will face a qualifier in round one that qualifier is likely to be either Madsen of the talented Dutch girl Soraya De Visch Eibergan.

Home girl Lianne Tan has a tough opener against the brightest of the Danish upcoming women’s singles stars in the shape of Line Kjaersfeldt. The Dane has been hit and miss throughout 2012 mainly as a result of overexposure playing in singles, doubles and mixed but with a new found concentration on singles Kjaersfeldt is sure to come through this new season as the likely successor to Tine Baun. Others to watch out for in the main draw are recent Polish Open winner Kirsty Gilmour of Scotland and young Bulgarian Sefani Stoeva.

The men’s doubles is wide open and Adam Cwalina of Poland is back to defend his title albeit with a new partner after the injury to Michal Logosz at the Olympic Games. Cwalina lines up with Koen Ridder of The Netherlands after the Dutchman split with long term partner Rudd Bosch. The English duo of Mills and Langridge look a value bet for some silverware come Sunday but watch out for the unseeded pair of Robert Blair and his Malaysian partner Tan Bin Shen as their experience and undoubted class is sure to play a major role in the destination of the medals.

In the women’s doubles draw the top half is laden with quality. The pick of the first round action is the match up of Wallwork/Langley against Meulendjiks/Goliszewski. Also given their undoubted chemistry together as a pair the Scottish duo of Cooper and Gilmour will be feared by most of the field as real contenders for the title. In the bottom half Piek and Tabeling represent The Netherlands best prospect of victory with the Stoeva sisters looking to step up in class at International challenge level. Again the unseeded English pair of Smith and White will go a long way in this tournament after they impressed on their only outing together back in May at the Denmark International where they only narrowly lost out to Ropke and Kruse of Denmark in a two set final.

Finally the mixed doubles has a jam packed schedule and the new English pairing of Olver/Langridge look to be the pick of the qualifiers. In the main draw both top seeds of Atrashchenkov/Kobceva and Dumartheray/Jacquet will have a real struggle on their hands to make it to the podium. The unseeded Scottish duo of Blair and Cooper will fly under the radar and fourth seeded Dutch pair Khodabux and Piek have a formidable record in their short career together.

All the action will be live on BETV starting with selected matches from qualification on Thursday. Login and register HERE to watch the action free of charge.

Article and Image by Mark Phelan