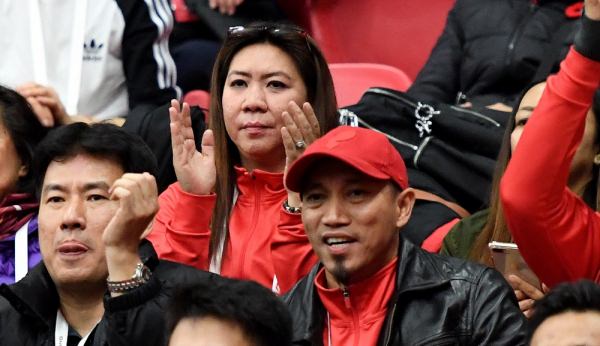 Susanti has much more on her plate besides the World Juniors, of course. The Tokyo Olympics is less than two years away; qualifying begins next year. It’s a time for teams to be sharpening up their cast.

How many gold medals are Indonesia targeting for Tokyo?

“We’ll be happy with more, of course,” she smiles. “But we’re hoping that we win at least one.”

And on whose shoulders would those expectations fall?

“Obviously Marcus (Fernaldi Gideon) and Kevin (Sanjaya Sukamuljo), Anthony Ginting and Jonatan Christie are among the favourites. We have two years to go. They will get more experience in that time.

“I’m happy with the progress of Anthony Ginting and Jonatan Christie in Men’s Singles. We hope that by the time Tokyo 2020 comes they will be more confident and perform at a high level. I was very happy with the way they played at the Asian Games. We’re hoping for a similar performance in Tokyo.”

Susanti shot to worldwide glory with her Women’s Singles gold at Barcelona in 1992, Indonesia’s first gold at the Olympics. As one of the stars of the nineties, Susanti held fort for Indonesia, winning the 1993 World Championships, World Cup crowns, and leading her country to two Uber Cup titles. 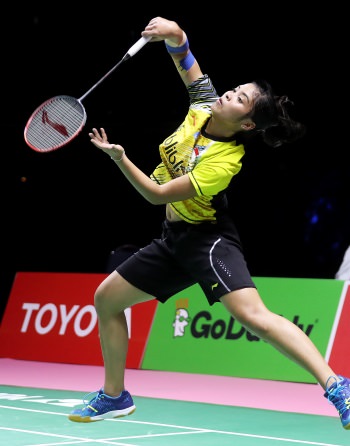 Indonesia’s women’s talent cupboard has been bare for a while now. Is she hopeful of a revival, in the form of a certain Gregoria Mariska Tunjung?

“Gregoria is our best hope in Women’s Singles,” Susanti replies. “Her skills are very good, but with respect to her agility and power, there’s more work to do. Next year, the target is for her to break into the top 10, and maybe the top 5 by the time of the Tokyo Olympics. I’m hopeful she can match up with the very best once she gets stronger.

“As for Women’s Doubles, Greysia Polii and Apriyani Rahayu are stable. The other pairs will have to work very hard.”

The major worry for Indonesia, though, is the impending retirement of Mixed Doubles great Liliyana Natsir. None of their other pairs have come close to achieving the results of the Tontowi Ahmad/Liliyana Natsir duo, and recent experiments with combinations don’t seem to have borne much fruit.

“Yes, Liliyana’s retirement will be a problem. We will look at new partners for Tontowi. We will try with Della Destiara Haris, although at the moment she is playing only Women’s Doubles. We also want to try some younger players with him, we’ll experiment a bit. We have to fix the combination by May next year to prepare for Tokyo.”

(Haris has been entered with Tontowi Ahmad for the year’s last three World Tour events.)

It’s an interesting fact that Susanti has been the first and only woman to head a major badminton nation as head coach. Has she brought a different perspective to the relationship between players and coaches?

“I emphasise communication,” Susanti says. “I try to communicate with our coaches and players and discuss all issues… after every tournament we meet and try to solve problems. It’s always about exchanging ideas.” 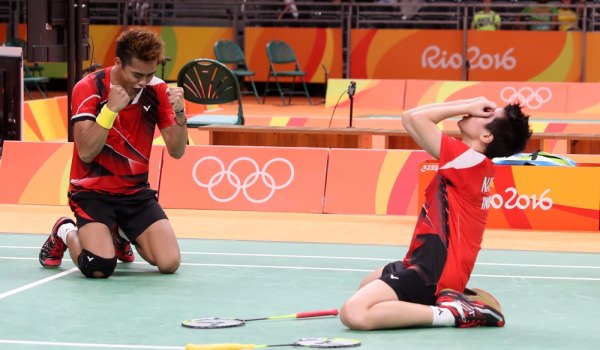 Indonesia, once a colossus both in individual and team events, have fallen back particularly in the team events as they have struggled with depth. It’s a problem she instantly acknowledges.

“Next year, our targets are the All England, Indonesia Open and World Championships for the individual events and Sudirman Cup in the team events. We have to perform well in the Sudirman Cup – it’s on my mind that Indonesia has not done well in team events in recent years. We strong singles and doubles pairs in the men’s section. Hopefully by the next Thomas Cup, we will have built up sufficient team strength.

“Sometimes it’s a problem that people compare (current performances with past results). But now people do realise that badminton is popular all over the world, and there is no longer a single superpower, like Indonesia, China or Denmark. There are other countries like Japan, India, Thailand and Chinese Taipei who have very strong teams too.

“The pressure on me… it’s the same as when I was playing! There is pressure, but it’s okay. I’ll just try my best.”