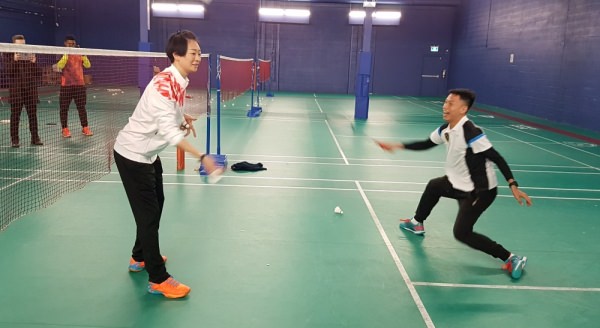 The 38 players, who had exited the early rounds of the championships, were treated to a session of multi-shuttle drills, footwork, and other technical skills. The session was organised by BWF in partnership with Badminton Canada and hosted by Ontario Badminton Academy, whose coaches assisted Gong Ruina in demonstrating the drills.

Gong (featured image, centre), one of the best players of her time in the early 2000s, was world champion in 2001 and All England champion in 2004. She took the players through a few routines, such as the smash followed by the net rush; multi-shuttle training switching between front court and back court, explosive movement between the corners and sidelines, and basics of defence.

Among the points she emphasised in defence was the importance of soft returns to smashes, and the necessity of training at high speed without necessarily imitating match play.

Explaining a particular drill that required players to dart from one sideline to the other, Gong said it was better to keep the pace without having players pause in the middle to anticipate the next shot. 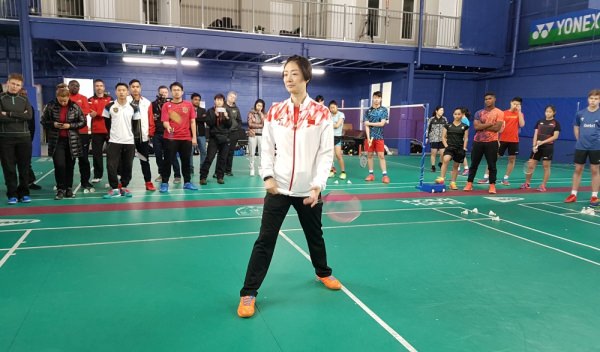 “This is a speed drill,” she explained. “The sport these days is very fast, so you have to be prepared for that pace. You won’t have time to pause in the middle in a real match; the movement has to be continuous.”

The players were appreciative of the session they’d undergone. 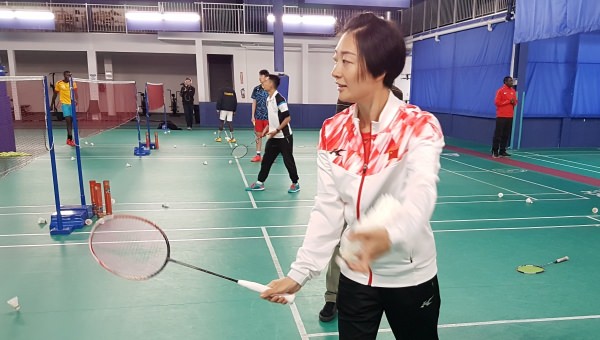 Izak Batalha of Brazil said the drills had given him something new to work with: “It was quite useful. I haven’t experienced something like this before. I plan to work with these drills when I get back home, they can help me get better.”

Uganda’s Brian Kasirye said he’d learned aspects of the game that would help him play faster. “It’s great to have her instruct us. We aren’t used to sessions by such coaches. I think my friends back home will also find these drills useful. I’m here to learn as much as possible. Playing the World Junior Championships has opened me up to many new experiences, and this is one.”

Kenyan coach John Odhiambo was optimistic that the exercise would help his players think in broader terms about various aspects of the game: “My team needs to improve on holding the game for long and to play fast. They need to improve on technique. I can see they’re already showing some improvement. In Africa, we don’t have this kind of stiff competition. We are only looking to make points, but not to create space. That’s the big difference between the outside world and us. We just want to hit and get points. This is a useful experience. This session is useful, especially in helping with fitness, speed and agility.”