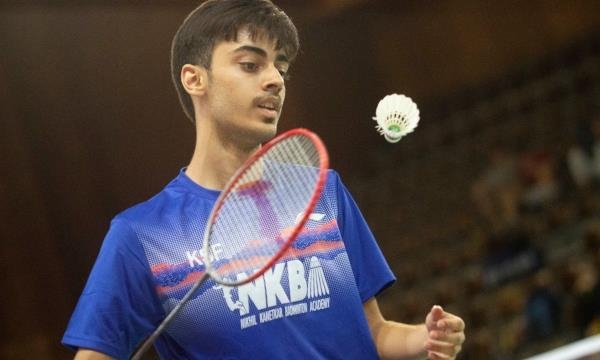 Spain’s Tomas Toledano has failed to defend the title in Dubrovnik, and for the second time to win the Valamar Junior Open, at the beginning of the month.

The Spaniard lost to Varun Kapur from India in the final of the tournament in Croatia.

In the Women’s Singles, Gold was won by Hungary’s Vivien Sandorhazi, the best ranked European in the BWF Junior rankings. Indian player Varun Kapur has won against three Spanish players in a row until his victory in Dubrovnik.

See a video of the Valamar Junior Open here.

Last year. five titles at the Valamar Junior Open were won by competitors from five different countries, this year it was split between four countries on the podiums.

In addition to Sandorhazi and Kapur on the podium in the singles categories, we saw a women’s pair from Switzerland (Dounia Pelupessy and Milena Schnider) while two remaining golds went to England — the best men’s doubles pair was William Jones and Ethan Van Leeuwen, and the best mixed pair was Brandon Zhi Hao Yap and Abbygael Harris.

England is also the most successful country of the fifth edition of Valamar Junior Open with two gold, three silver, and one bronze.

England’s Brandon Zhi Hao Yap was runner up in Men’s Doubles and winner of the Mixed Doubles at the tournament in Dubrovnik and he has good comments to make.

— It was my first time here, but I will not be coming back as I will be too old, but I hope to come back to Croatia for another tournament, Brandon Zhi Hao Yap said.

— It was an all-around good tournament. It was well organised and I recommend it to anyone, he added.