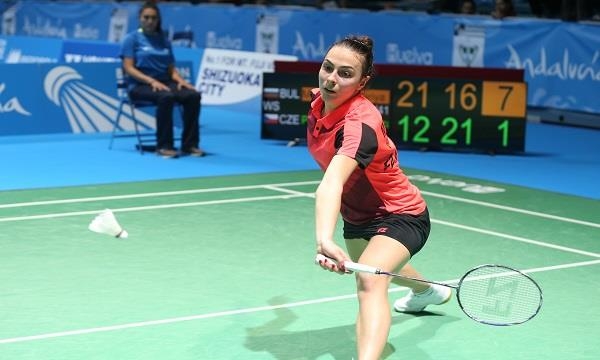 The Hellas International, held this year in Thessaloniki, has been running since 2000. We look at the players to watch this year.

Throughout the tournament‘s relatively short history, it has been the event in the calendar liked by Bulgaria. Within the past 2 decades, 14 tournaments have been held, and in 10 Bulgaria have returned with at least one title. An incredibly dominant 28 medals in total. Denmark are second with 8. In 2016, they even managed the very rare feat of a clean sweep of titles across the 5 events.

Although they are unable to repeat this achievement, Bulgaria have strong title hopes once again. Dimitar Yanakiev, who won the Mixed Doubles title last year, will be trying to add a Men’s Singles title this time as the number two seed.

Mariya Mitsova has 3 Hellas International tournaments title. And has a terrific opportunity to increase that to 5, being the number one seed in Women’s Singles and Mixed Doubles. Converting these into titles would set her on the path to catching up her compatriot Petya Nedelcheva who has 10 Hellas International titles in the trophy cabinet.

The race for Tokyo 2020 begins

First title for Greece?
Greece has a number of seeded hopefuls to get excited about, but perhaps that ones to watch are George Galvas and Panagiotis Skarlatos, number two seeds in the Men’s Doubles are hoping to be in the mix come Sunday.