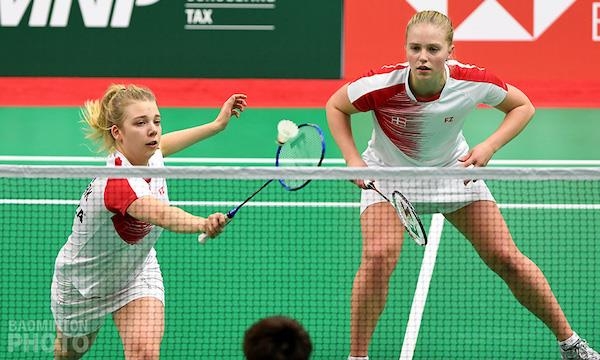 — We want to win a challenge tournament. That is our big goal.

The statement was delivered by Freja Ravn in September 2019 at the Belgian International. Last week the two young Danes reached the goal winning Irish Open. On Sunday they have the chance to win back-to-back titles.

Nine game winning streak
In the Scottish Open semifinals on Saturday the Danes beat the former European Junior Champions, Emma Karlsson and Johanna Magnusson from Sweden, in straight games, 21-13 21-14. The Danes have not dropped a game in the last nine matches.

— We have found our level and the way we want to play. We have showed that in the last nine matches, Amalie Magelund stated.

— I think our pace and our offence make a difference. Our defence is getting better and better, and I think that our tactical level is high, Freja Ravn added.

Youngsters believe
In the final Magelund and Ravn will play fellow Danes Julie Finne-Ipsen/Mai Surrow who beat  another Swedish pair, Clara Nistad/Moa Sjoo, in the semifinals.

— I think we have a good chance in the final tomorrow, if we play on the level in the last matches, Magelund mentioned.

See all the results from Scottish Open here