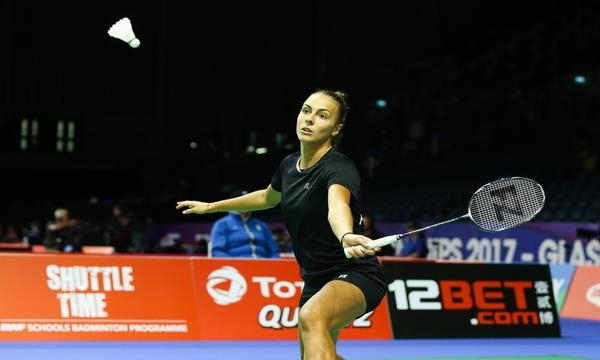 Mariya Mitsova will be fronting a possible Bulgarian domination at the Hellas International, in Sidirokastro, Greece.

The Bulgarian women’s singles number two and world number 68 has had a memorable last six months, and a title win at the Croatian International was a well deserving achievement. A title at the end of the week will not only make her a two-time champion of this event, but further extend Bulgaria’s rich history at this particular tournament.

Outside of Mitsova, there looks to be a strong Russian challenge. This will be lead by Ksenia Evgenova, Elizaveta Pyatina and Anastasiia Semenova, who go into the event as the fourth, seventh and eighth seeds respectively.

As well as Mitsova, Ivan Rusev will be aiming to bringing some glory back to Bulgaria. But unlike his countrywoman, Rusev will be doubling up in the singles and doubles. Along with partner Daniel Nikolov, Rusev will be looking to replicate their efforts from 2016. The Bulgarian number one men’s player goes into both draws as the number one seed.

Leading the European-heavy women’s doubles event is Lithuania’s Vytaute Fomkinaite and Gerda Voitechovskaja. Despite with few wins to their name in 2018 so far, the tournaments top seeds still feel confident that they can make the most of being the highest ranked pair in the draw.

However the pair looking to continue their strong form,third seeded Russian’s Ksenia Evgenova and Anastasiia Semenova. After recently being crowned winners of the Croatian International, it would not surprise anyone if they do the same in Greece this week.

It would be foolish to predict a winner at this stage for the women’s doubles. With so many pairs consisting of teenage newcomers, this particular competition could be seen as the breakthrough of someone’s career.

However, one English pair could be the ones to take the victory in the form of Evie Burbidge and Jessica Hopton. Despite only recently becoming a pair, each of their previous pairings have resulted in respectable performances, which included a final for Hopton at the Estonian International.