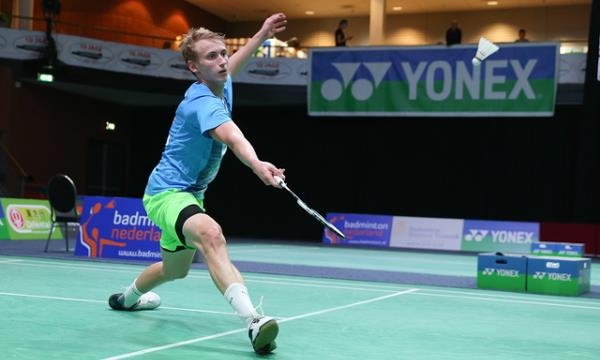 For example, Ondrej Kral (Czech Republic) reached his first final in the senior circuit. In the final match it was current European junior champion -Toma Junior Popov (France)- who out played him.

— The tournament was very succesfull for me, Kral stated to Badminton Europe.

— it was my first final at the senior category and I am satisfied with the result and the level of my game.

Krals road to his first final definitely was not easy.

— I played three matches in three sets and it took me a lot of energy. In the final I couldn’t get enough speed to compete with my opponent.

Read: Kirsty Gilmour: It’s going to be tough from the start

All for the victory

For Popov, the final was more like a last sprint to success. In general, also Popov was satisfied with this tournament.

— For the final I was focused. I wanted the victory and put all my energy to finish the match the fastest way

— It was a good tournament because I think I managed it really well. The organization was good, nothing bad to notice!

Find all the results of Hellas international here