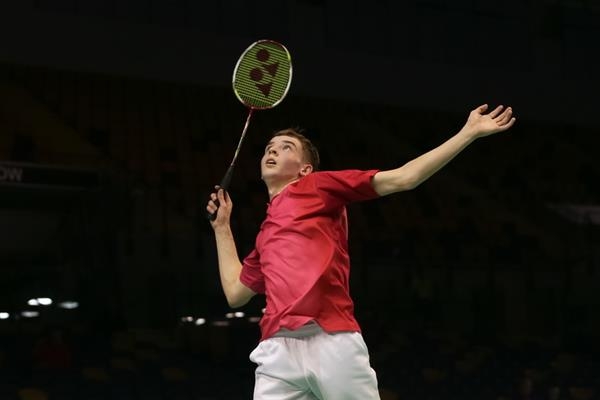 Not a great tournament for Europe. The Europeans had a hard time in the Netherlands during the Dutch Junior Open where the Asians dominated winning all five titles.

Matthew and Christopher Grimley managed to make it to the quarter final stage of the Dutch Junior Open after beating Danish pair Sebastian Grønbjerg and Oscar Sunekaer in the round of 16.

The pair from Scotland came from behind to beat their Danish opponents to reach the Quarter final, in a long-winded match which needed a third game.
It was a good quarter Final for the Scots but they just could not come out the other side after playing through three tough games against their opponents from Indonesia, after taking the lead, winning the first game.

Arnaud Merkle misses out on podium

Number seven seed in the men’s singles Arnaud Merkle lost his quarter final match against Li Shifeng to stop him taking a place on the podium, losing in straight games to go home after the Quarters.

Merkle managed a comfortable win over Lars Kros from the Netherlands 21-9 and 21-13 before getting the better of Wel Jie Chia in the round of 32, where he would then progress to the round of 16.
His last win of the tournament came against Russian, Georgil Karpov, with a comfortable win, 21-11 and 21-16 to go through to the quarter final.

After a reasonably comfortable win against Jaqueline Lima from Brazil, Sanhorazi managed to win in style against her opponent from India Eshita Raju. K, winning the first game 21-12 and the second 21-10.

This then gave the Hungarian the chance to get her place in the Quarter Final of the tournament but it just was not to be, as she was beaten by Chinese opponent Yaxin Wei in a close match.

Vivien Sandhorazi took a lead after the first game but, the second game was the turning point in the match losing it 15-21 before losing the third game 11-21, to throw away her potential Quarter Final place.

See all the results from Dutch Junior Open here