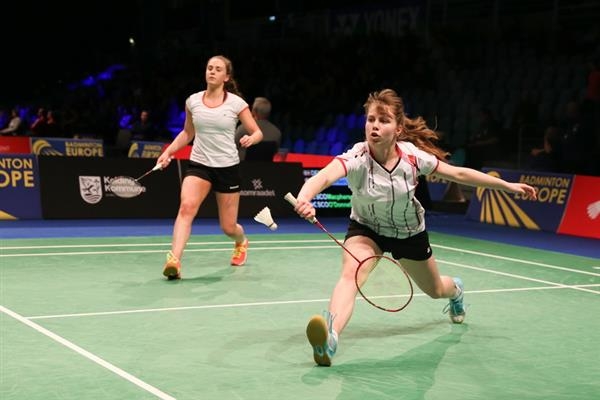 It has been a memorable 2018 for the Scottish women’sdoubles pair Julie Macpherson and Eleanor O’Donnell. Reaching the semi-finalsin four of their last six tournaments has earned them a well-deserved top seed billingfor the 53rd Portuguese International.

Looking to upset that dream are Estonia’s Kristin Kuuba andHelina Ruutel and Sweden’s Emma Karlsson and Johanna Magnusson. Both pairs havehad a strong and solid start to 2018 and like Macpherson and O’Donnell, and aiming to end the week with some silverware in their hands.

On paper, the men’s singles looks wide open as only three ofthe world’s top 100 are competing. However, top seed Victor Svendsen looksdetermined to do one better than his runner-up finish in last years event.

With strong performances at the end of 2017 that includesemi-finals at the Norwegian and Italian International and a win at theHungarian international, the Dane’s recent form should pull him through for hisfirst title of 2018.

Looking to upset that is England’s Sam Parsons. Thetournaments third seed already has a title under his belt for his 2018 campaignafter securing the Iceland International.

See also: Sam Parsons: I was more consistent when I reach the quarterfinal

The men’s doubles looks to be as wide open with not many pairs looking to take a strangle hold of this event in terms of recent form.However, coming into this tournament the strongest looks to be Scotland’sMartin Campbell and Patrick Machugh. A final in the Swedish Open and quarter-finals at the Iceland International puts them in good stead as the tournament’s second seeded pair.

While Natalia Perminova headlines the women’s singles as the top seed, little notable success since her semi-final efforts at her home open last year has the Russian aiming for this tournament to be a kick-starter forher year.

As for second seed Julie Dawall Jakobsen, her final appearance at the Swedish Open at the start of the year has labelled her as the most in-form out of the whole field. Denmark’s number six begins against Wales’number one Jordan Hart. Another player that could snatch the title is Bulgaria’s Mariya Mitsova.

In the mixed doubles, we could see the title potentially going to quite a number of different pairs. With only two pairs in the draw that are ranked in the top 100 are both of them currently out of form, the opportunity is there for someone to make a breakthrough.