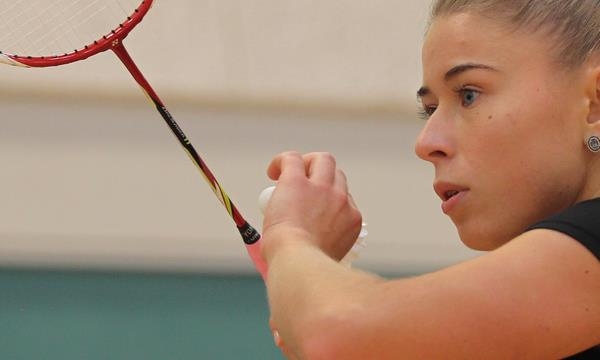 A couple of Centre of Excellence players have traveled from Holbæk to Sandefjord for the next tournament on Badminton Europe’s (BEC) Circuit; Norwegian International 2017.

Gerda Voitechovskaja from Lithuania will be competing in women’s singles, and in women’s doubles with Vytaute Fomkinaite. Voitechovskaja expects to face the Spaniard Sara Peñalver Pereira is her first round, but the qualifications will decide who her final opponent will be.

— I think I will meet Sara Peñalver Pereira in first round. I never played against her, but I know that she is a young and good player. My expectations are to try to play my best and to reach a higher level.

Clara Azurmendi, also from Spain, is seeded as no. 1 in women’s singles, but Voitechovskaja hopes that her COE training will show a difference.

— I think it has changed my game, and how I think when I play. So, I really hope that it will help me, and I plan to use it in my matches, she tells Badminton Europe.

Men’s singles qualifications and a withdrawal
Elias Nicolaous from Cyprus will represent the COE in men’s singles, where he will try to build on all the things they have worked on in Holbæk.

— The goal is to try to adjust all the things that I’ve been working on the last few months.

Zvonimir Durkinjak, also attached to COE, was originally seeded 1st in men’s singles, but was forced withdraw due to a back injury.

— My body is not 100% since my back injury in September. I had few tournaments in a row and league matches, so it is better to rest and get my body fixed.

— It’s not going to be easy
Nicolaous is confident ahead of the qualifications where he must win three games to make it into the main draw;

— I’ve been in a really good shape the last few weeks and my expectation is to win my qualification matches and make it into the main draw. I know it’s not going to be easy, but I will do my best to achieve that.

— I have never played against him [Kristofer Darri Finnsson] and I don’t know him that’s why I am going to be concentrated from the first round and make sure that I will give 110% in this match, and after that if I win I can think about the second round.

Find the order of play for Norwegian International 2017 by clicking here.