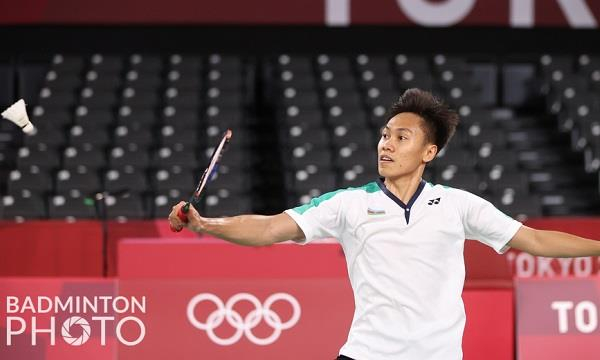 Ade Resky Dwicahyo only just came back from the proudest moment of his career. At Tokyo 2020, he became the first Azerbaijani to play badminton at the Olympics. After a tough opening match, he advances to the next round.

Dwicahyo not only recorded a historic appearance for his country, but he also performed valiantly against Anders Antonsen and took a memorable win over the experienced and famously hard to beat Tien Minh Nguyen.

-It was a great experience for me and also my federation. We are very happy with the result because for two years we have worked very hard towards this.

-Against Nguyen, I think this was my best performance. We prepared two months for this match. I know he is a top player, this gave me more motivation and it was a great match. Everything we prepared technically and with speed worked for me. Against Antonsen, it was more to enjoy and play freely.

Tokyo to Esbjerg
Today he faced India’s Alap Mishra and was made to work very hard over 53 minutes to eventually get the win. Grinding out the first game for the Azerbaijani was key as the match went to a decider and ended 25-23, 15-21, 21-15.

-In the end, it was not my 100 per cent performance. I only just started to play in this hall because I wasn’t able to do any training as I only arrived yesterday. I am happy with the result because the most important is winning.

A return to CoE
Ade Resky Dwicahyo has previously trained at the Centre of Excellence in Holbæk, Denmark, and states that a return is possible.

-I need good sparring, so playing in some leagues around Europe is a plan for me. Also, the CoE in Holbæk would be good as I have stayed there before. They have many good players like Felix Burestedt.

Dwicahyo also mentioned that he is in a good position to qualify for the World Championships at the end of the year, so much of his focus is on this milestone.