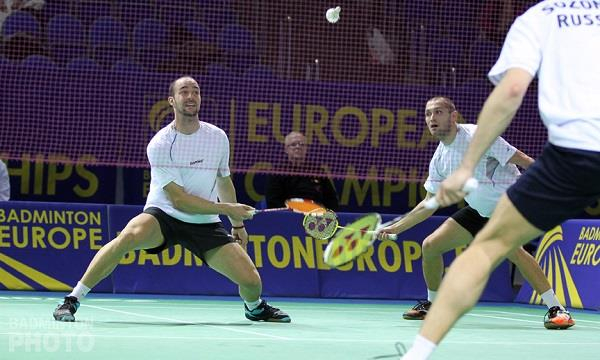 The Hellas International 2021 has kicked off in Lavrio, Greece today with the qualification rounds. Here is a preview of all of the main contenders.

Lavrio (or Laurium), south of Athens, is the location for the Hellas International 2021 which did not take place in 2020. Here are the runners and riders for each category.

Men’s singles
Bulgaria’s third-seed Daniel Nikolov is one to watch. He has fond memories of this tournament, having won the treble with Ivan Rusev in the men’s doubles, including the win in 2016 when it was a Bulgarian clean sweep in all the categories. It’s just the singles for Nikolov this time.

Slovakia and Centre of Excellence player, Milan Dratva, makes the top four and hopes to be in the mix come the weekend.

Women’s singles
India’s Malvika Bansod was the one to beat. Impressing on the European circuit, recording a title win at the RSL Lithuanian International 2021, however, her withdrawal has opened up the draw.

One of England’s upcoming talents who has played a prominent role in their senior team events is Freya Redfearn as the second seed. The 20-year-old hopes to make her mark now on the circuit.

The Hungarian duo as third and fourth seeds should not be written off. Daniella Gonda and Vivien Sandorhazi, who has trained at the Centre of Excellence, have been progressing well.

Men’s doubles
As already mentioned above, Bulgaria’s Ivan Rusev has won the men’s doubles title three times before, but with Daniel Nikolov. This time he pairs up with Iliyan Stoynov and will be aiming high once again.

Czech pair Jaromir Janacek/ Tomas Svejda who have had some entertaining matches of late are number one seeds.

Women’s doubles
There is a Mediterranean flavour at the top of the women’s doubles with Spanish duo Nerea Ivorra/ Claudia Leal number one and an Italian pair just coming out of junior level, Katharina Fink/ Yasmine Hamza, at number two.

Mixed doubles
Slovenian’s Miha Ivancic/ Petra Polanc are slowly getting used to being at the top of the draw. Their best result came in the YONEX Latvia International 2021 with a quarterfinal, however, they agonisingly lost to their compatriots. Hungry for more, they are seeking a deeper run in Greece.

Their biggest threats are Iliyan Stoynov/ Hristomira Popovska. The latter interestingly is playing in the women’s doubles with France’s Ophelia Casier.