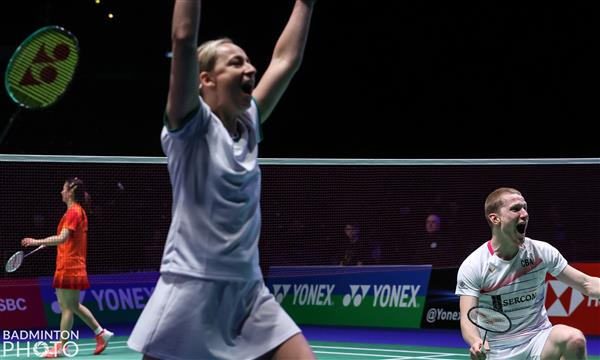 The Netherlands is ready to host the historic Dutch Open once again. The tournament had to be cancelled amidst the COVID-19 pandemic last year but the 2021 edition will be played 13-17 October.

Given the ongoing Thomas and Uber Cup Finals, some of the usual big names will be missing in action this time, however, there are plenty of interesting talking points.

The young guns
The men’s singles top seed Lakshya Sen is expected to face tough competition from other young guns, as he seeks to defend his title. With Denmark and France already having surplus talent for the Thomas Cup, the off-duty next generation stars Magnus Johannesen and Yanis Gaudin respectively find themselves in the qualifiers.

In tune with his recent form, the fifth seed Nhat Nguyen also promises a strong performance. They all have the potential to go all the way.

The Centre of Excellence (CoE) players Felix Burestedt has been handed a tough draw. Burestedt is expected to face the top seed in the quarterfinals.

Tan Wee Kiong also enters the mixed doubles with Vivien Hoo, who last played at the World Tour Finals in January with Yap Cheng Wen. Like Tan, she has a new partner in Lim Chiew Sien. The exciting mixed doubles combination of Tan/ Hoo will have to start in qualification.

The defending champions
The mixed doubles stars Robin Tabeling/ Selena Piek will begin their title defence tomorrow. It will require something special from their opponents to beat them. It is an achievement in itself that they happen to be the only European pair to have ever defeated the best in the world: Zheng Si Wei/ Huang Ya Qiong.

Women’s singles and doubles
In women’s singles, the top seed and European bronze medallist Neslihan Yigit is the favourite for the title. The second seed Kristin Kuuba is more than 20 places behind her in the world rankings.

The CoE players will hope to turn in a strong performance in this category. While Martina Repiska is seeded fifth, Katerina Tomalova will have to contend with the fourth seed Jordan Hart in the opening match. Gayle Mahulette and Anna Mikhalkova are the other CoE players in the draw.

As the women’s doubles top seeds, the Danish pair of Julie Finne-Ipsen/ Mai Surrow will have a good chance to emulate the Stoeva sisters, however, the new Malaysia duo of Vivien Hoo/ Lim Chiew are also eyeing up the top prize.