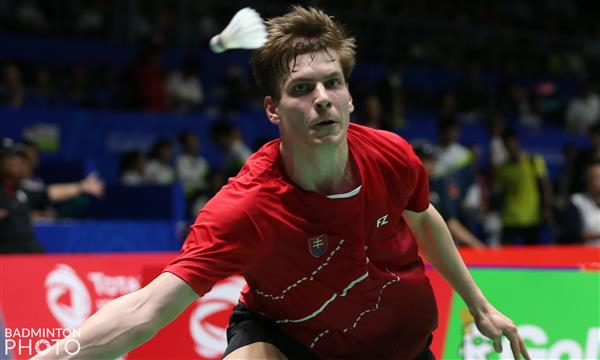 The Centre of Excellence (CoE) has a strong representation at the Cyprus International this year. The tournament begins with the qualification stage on 14th October and will conclude on the 17th.

A golden opportunity for Dratva
In the men’s singles draw, the CoE player Milan Dratva is the top seed. The 25-year-old Slovakian might have his breakthrough moment in this tournament, as he seeks to win a major international title. He will also contest the men’s doubles crown with Marian Liptak.

While Shaun Ekengren (CoE) is in the main draw, Andrzej Niczyporuk (CoE) finds himself in the qualifiers. Being quite successful on the junior circuit, Georgii Lebedev and Callum Smith will be keen to do well at senior level as well.

The defending champions
The men’s doubles top seeds Norwegians Torjus Flaatten/ Vegard Rikheim will hope to win a consecutive title. They will be up against the likes of the second seeds Luke Ban/ Filip Spoljarec and 2019 semifinalists Petros Tentas/ Stamatis Tsigirdakis. Other pairs to watch are the Serbians Igor Bjelan/ Mihaljo Tomic and the Russians Georgii Lebedev with European U17 silver medallist Gleb Stepakov.

Tomic along with Andjela Vitman is seeded second in the mixed doubles category, behind Hristomira Popovska/ Iliyan Stoynov.

Double duty for Popovska
Popovska is the top seed in women’s singles as well. In the same category, CoE player Sofia Slosiarikova will face Grammatoula Sotiriou in the opener.

The Italian pair of Katherina Fink/ Yasmine Hamza were the runner-ups in the last edition but as the top seeds, they will hope to go one step better. Hamza and Fink are also the third and fifth seeds respectively, in the women’s singles. The former had reached the semifinals here in 2019.

The hosts Cyprus will have the best chance of a podium finish in women’s doubles, as they feature four out of sixteen pairs.