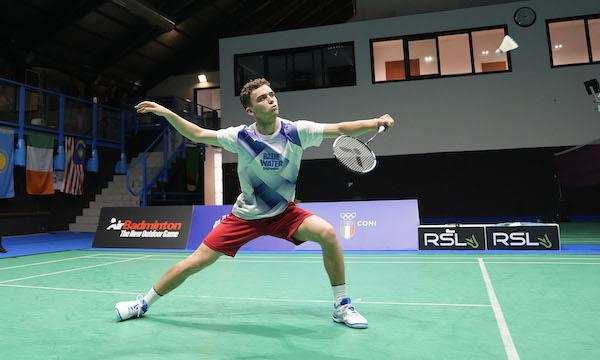 Magnus Johannesen was the sole European representative in yesterday’s finals.

With over 90% of the trophies offered under their belt, Europe has been supremely dominant at the Italian International tournament. However, the 2022 edition was a first since the event’s conception 28 years ago, as the Asian athletes reigned supreme in all five disciplines.

Clash of the future stars
The men’s singles final was contested by two qualifiers, a rarity in badminton at any level. However, it is an indication of the bright future that awaits both youngsters: Christian Adinata and Magnus Johannesen. The 20-year-old Indonesian played eight matches in four days, while beating the likes of Kim Brunn and Cheam June Wei to lift the trophy.

While he ended up losing 21-16, 21-15 to Adinata in the final, the future Danish star also played some good matches. Johannesen overcame the fourth seed Felix Burestedt in three exciting games.

Another title for Indonesia
While the in-form top seeds Mikkel Mikkelsen/ Rikke Søby were the overwhelming favourites in the mixed doubles category, they unfortunately had to withdraw in the opening round. In turn, the Indonesians Zachariah Josiahno Sumanti/ Hediana Julimarbela sensed their opportunity and fought hard. They overcame their promising compatriots Dejan Ferdinansyah/ Floria Emanuelle Widjaja in the semifinal and beat the Thais Ruttanapak Oupthong/ Chasinee Korepap 21-17, 21-15 in the final.

The English duo of Ethan Van Leeuwen/ Chloe Birch also gave a good account of themselves by reaching the semifinals.

First-ever titles for Chinese Taipei, Korea
Perhaps the most talented player in the pool of women’s singles athletes, Goh Jin Wei struggled physically all the way to the semifinals, when she eventually retired after dropping the opener. Consequently, the top two seeds Malvika Bansod and Wen Chi Hsu respectively contested the final. With the Chinese Taipei player clinical in her attack and Bansod unable to keep up a high pace, it was one-way traffic. The Indian lost 21-9, 21-11 in double-quick time.

The men’s doubles qualifiers Su Ching Heng/ Ye Hong Wei were one match away from winning the third title for their country. However, their dream run was halted by a commanding performance by Kim Jaehwan/ Dae Il Yoon. The Koreans managed to close it in straight games, lifting the crown with a scoreline of 21-14, 21-19.