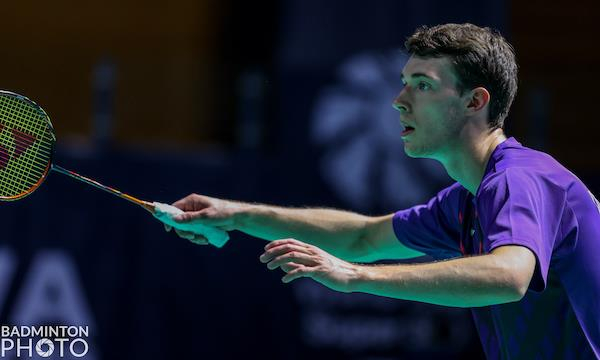 The Danes lost all three semifinals they contested yesterday, resulting in an all-Asian finals day in Denmark.

The Indonesians Dejan Ferdinansyah/ Gloria Emanuelle Widjaja were on fire against the home favourites Mathias Thyrri/ Amalie Magelund. Having lost the opener and down 20-13 in the second, the Danes miraculously saved seven match points. Unfortunately, it was not enough to force a decider as the Indonesians closed it out 21-17, 22-20 after 43 minutes.

— It is our first final as a pair. We kept the focus, stayed calm, trusted each other, and communicated well with the coach. We will prepare harder for tomorrow, Widjaja explained.

A sad exit for Conrad-Petersen
Playing his first professional match in two years, Mads Conrad-Petersen made a great comeback to the circuit. He reached the semifinals of his home tournament, partnering with the German Jan Colin Voelker. However, the scratch pair couldn’t win against the Chinese Taipei duo Chiu Hsiang Chieh/ ang Ming Tse, losing 21-18, 15-21, 21-17.

The former European Champion enjoyed the experience all the same.

Disappointment for Christophersen
Mads Christophersen has made a name for himself by achieving significant results in the European ciruit. Despite the disappointment of today’s loss against the young Indian Kiran George 10-21, 21-9, 21-16, it was a great learning experience for future tournaments.

— Overall, it was a good match. Kiran stepped up in the second and third games. It became fast and tough, he explained.

— Since I got injured on Thursday, I was even considering withdrawing from the tournament. I kept on going and am happy to have reached the semifinals, Mads continued.

The year so far
— This year is going quite well. I won in Luxembourg and I made the quarterfinals in Thailand. I look forward to playing in France two weeks from now, the Dane was satisfied.

— Coming to Denmark, our target was to win the title. We are just one step away now. The arena and weather are also quite good, the Yeungs cheered.

— We are happy with the win since we tried our best. We will give it our all tomorrow as well, Tsz Yau was glad.

Watch the finals on www.badmintoneurope.tv.